For those of you joining the dbt story recently, the only version of Fishtown Analytics you’ve ever known is the one raising big rounds of capital from tier-1 VCs. But the company I started five years ago was a lifestyle business. I still remember the walk that my wife and I went on on the streets of Fishtown, Philadelphia where we talked about my next career move. We agreed that we could both be on her health insurance, that we could afford for me to not earn any money for a year, and that after that I’d need to be able to take home at least a modest salary. We also agreed that if I failed to get there in that timeframe I’d go back and get a “real” job.

The goal at the outset was lifestyle: work where I wanted, when I wanted, for clients I respected, doing the work I loved. I wanted to be (effectively) the VP of Data for four startups simultaneously, and within just a few months had achieved that. It was often lonely and stressful, but it was wonderful just to wake up every morning and practice my craft.

dbt was a thing I had imagined using as a productivity tool in my consulting work—I honestly didn’t believe there were that many humans who would find its opinions resonated with them. How many data analysts were down to learn the command line in 2016? Turns out, more than I thought...

When Drew and I had initially released dbt we spun up a Slack channel, and that tiny little group of humans ended up being the only (work-related) social interaction I had in those early days. The first few dozen of us just chatted in #general, no threads, zero moderation. Chaos!

(NB: If you go back in the Slack history far enough you can still see it all. I probably used to swear too much 😬)

Fast forward ~5 years and this community:

Even though dbt is today far more mature than it was, it still embodies the same principles: analytics as software, authored by anyone who knows SQL. The community’s principles have stayed just as consistent: friendliness, inclusiveness, and a deep commitment to paying it forward.

For all this consistency, the past year has been something of a gut check for me.

Success creates optionality. When we were nothing but a few humans and a few laptops we had few options. Over the past year we’ve had many—from product strategy to M&A to company culture. When evaluating wildly different options, one is forced to confront hard questions. Why am I doing this? How do I want to spend my time on this planet? What do I want written on my tombstone? My three-year-old has just entered her “But why?” phase; I feel like I’m right there with her.

If my answer to any of these questions were “to make a lot of money,” you’d likely be reading a post about how Fishtown Analytics had been acquired for a lot of money. But as those alternatives have presented themselves, I really just couldn’t imagine making that decision.

I work with a coach—Jen and I have spoken every two weeks for the past few years. Recently, most of our conversations have been some version of me being overwhelmed by the rate of change in our space and the resulting pressure this pace puts on us. Jen always brings me back to the “why.”

The “why” of this fundraise is the same as the “why” of not getting acquired: independence.

AWS, Azure, GCP, Snowflake, and Databricks are all competing to become the first great cloud data platform. This battle is one with extremely high stakes. The cloud is the natural destination for data processing and storage—every data platform that has come before is necessarily flawed by its lack of elasticity. No one really knows if data is a bigger market than mobile over the long-term, but we do know at this point that computing platform shifts have the potential to be trillion-dollar affairs. So the big players aren’t screwing around here.

Here’s something we know: dbt drives a tremendous amount of usage across several of the major cloud data platforms. That makes dbt and its community very strategic for these platforms. There are currently ~5,500 companies using dbt and this metric is tracking towards ~10,000 by the end of the year. This usage drives, in our estimates, billions of dollars of spend to the major platforms.

Put those two things together and our expectation is that at least one, if not more, of the cloud platforms will launch some sort of managed dbt service in the coming year. This just seems like an inevitability as the community grows and exerts ever more gravity on the ecosystem.

This puts us in an interesting position! We work with each of the major cloud players above and love their products, but we also want to be prepared for this shift that we see as inevitable. As we see it, we have three options:

We chose option #3. We believe that our independence is critical as we chart the course for the future of dbt, the dbt Community, and for the practice of analytics engineering.

A Brief History of Lock-In

I’m already on-record on this point, but let me just reiterate something. I love the products made by each of the major cloud data platforms. It is these platforms and their architecture that make the analytics engineering workflow even possible!

So this is not about making anyone out to be “the bad guy.” Instead, it’s about the structure of the industry, how it will evolve, and in whose interests that will be.

Platform lock-in is a real thing. Prior generations of technology have experienced this in a very real way. In the early part of my career technologists would say things like “We’re a Microsoft shop.” or “We’re an Oracle shop.” This happened because each of these companies built entire ecosystems of enterprise software that promoted lock-in, and the gravity of these suites became very hard to resist within an organization. If you were an Oracle shop, you used Oracle RDBMS, Oracle Financials, Oracle AppServer, wrote your application code in J2EE, and so on. If you were a Microsoft shop, you used SQL Server and all of the equivalent MSFT products and wrote your code in .NET.

This lock-in prevented individual technologists from making choices about what the best technology was for a given use case. Instead, CIOs negotiated massive contracts and software engineers had to use what they were given. This was not an era of highly productive software engineering practices, and lock-in had a lot to do with that.

This is much less true in the software industry today than it was 20 years ago, and much of this change has been driven by open source and open standards. Programming languages are rarely vendor-controlled, nor are server operating systems—in fact, the thought that a vendor would control either is almost panic-inducing! Add to that the prevalence of RESTful APIs, the browser as a program execution environment, and more and you have a context wherein software engineers are free to choose best-of-breed tools.

As usual, the data industry lags behind software. Imagine porting 10k lines of Python from Cloud Provider A to Cloud Provider B—tools like Docker, Kubernetes, and Terraform make this very achievable. On the contrary, imagine porting 10k lines of SQL from Data Platform A to Data Platform B. Having done this several times myself, I can tell you that it is highly effort-intensive and introduces many opportunities for error.

I worry that this friction is the start of data platform lock-in. As platforms expand and incorporate ever-more non-standards-based functionality, I worry that data professionals in the future will say “We’re a [ Bigquery / Snowflake / Databricks / Redshift ] shop” in the same way that people used to say “We’re an Oracle shop.” This is not a good outcome for our industry—it erodes the power of the practitioner to self-determine.

If analytics is a subfield of software engineering, then analytics infrastructure should go through the same evolution that software infrastructure has gone through—one defined by open source and open standards. One in which individual technologists are empowered to make decisions about their tooling and in which their tooling, in turn, empowers them.

We want to be a part of making this world a reality.

So far, the trend in the modern data stack is for many startups to get swallowed by the platforms. But in a world not dominated by platform lock-in there has to be a role for independent software companies to exist—the Hashicorps, Datadogs, Stripes, and Twilios of data! By providing a cross-platform layer on top of the major cloud providers, these companies help companies maintain strategic independence and long-term control over their own roadmaps. We hope to do the same.

With this commitment to a long-term strategy of independence, it’s time for a bit of a cleanup. I can’t even begin to tell you the number of times folks on our team have heard “I love dbt, but what is Fishtown Analytics?” This is totally fair—as someone smart put it to me, “you only get to rent so much space in people’s heads.”

I loved being Fishtown Analytics. It became, for me, the perfect expression of the ethos of the modern data analyst: a role with old-fashioned values quickly moving into the future.

But I love the dbt brand even more. dbt and its logo have come to be known throughout the industry for the things we care most about: the empowerment of the data analyst, the elevation of analytics engineering into a mature discipline, the treatment of knowledge as the most critical of organizational assets.

As we have transitioned over the past 18 months from being a consulting shop to a company that solely exists to maintain an open source project and community, it was time for our name to catch up. As of today, we are dbt Labs. We hope that the new name communicates who we are and what we care about a little more transparently. If you have any questions about this, please bring them to the AMA I'm hosting with Drew on July 7th.

Thanks for all of your support over these past years. Let’s keep building.

Over the past few months, the dbt Labs’ recruiting team has partnered with leaders from our Engineering and Analytics Engineering organizations to design the Foundry Program. This program will provide a gateway for those that are new to the field or looking to make a career change. 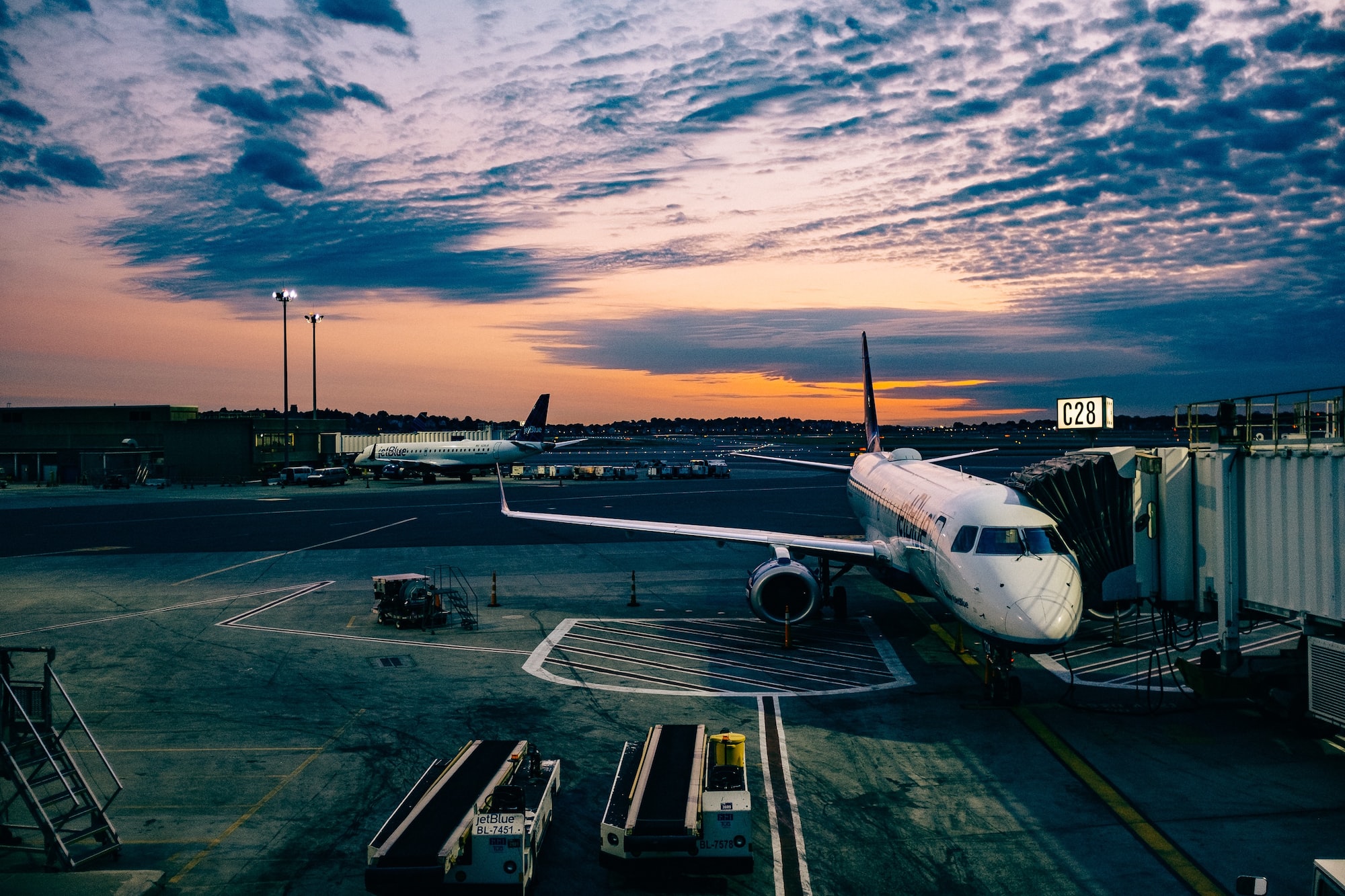 Our friends at Materialize, the world’s first SQL-platform for processing streaming data, have officially launched a new dbt adapter, now available in open beta. Together, we’re opening the door for analysts to become first-class creators and users of streaming analytics.